He's the man who made this wiki and made this well-received YTP saga. He is among the more skilled poopers in The Rosen Community and has co-hosted a popular collaboration (and entered many more). 256Pi lives in Chicago, Illinois (where he still can't believe the Cubs actually won the World Series, what the heck).

He has four YouTube channels: 256PiAlternate for his YouTube Poops, 256Pi/Wario IsGreat for his basically-retired animation series "WARIO IS GREAT", 256PiMusic, and most recently The Wonky Angle for electronic music reviews.

256Pi joined YouTube in February 2011 intending to make his animation series, "WARIO IS GREAT". In order to test out Adobe Premiere Pro for the first time, he created his first YouTube Poop, "The King Entertains Link". In March 2012, he created his 256PiAlternate channel in order to upload an edited version of a walkthrough to the PSX edition of Frogger. Later, a real-life friend expressed his dislike for YTP (since all he had been shown was Spadinner), so 256Pi decided to upload any further poops onto his new alt channel. After a while of making CD-i poops (most notably the "King & Friends Randomness" poops), 256Pi got a new computer and Sony Vegas. His first Vegas poop was Submachine Walkthrough with King Harkinian. He continued to stick to CD-i pooping, but after discovering MechaWeegee91's poops, he found out about Michael Rosen poops for the first time. In February 2013, he decided to try making a Michael Rosen poop for the first time, and he created Michael Rosen Nearly Eats His Entire Hand While On TV with his cousin.

Later, 256Pi decided to join his first collab, The Michael Rosen 67th Birthday Collab. His entry was Michael Rosen Vs. The Lollipop Lady. The video got more positive reception than any of his previous videos (and was placed right before CaptainPlums's entry in the final collab). After quite a bit of pressuring from some of his subscribers, he slowly made the transition into becoming a full-time Michael Rosen pooper, continuing with Michael Rosen's Random Train Ride, along with a few random others. Eventually 256Pi created his then longest YTP ever, Michael Rosen Vs. The Lollipop Lady, Round II, featuring a *cough* guest section from RootNegativeSixteen. It was here that he started to first develop his usual style, including some small animation sequences involving Michael and his brother Brian. He continued to make his later Michael Rosen poops in the style of these scenes. Later he sent his poop What's This Ear? in to a YTP contest by walinghammediaisbac, and placed first.

In October 2013, fellow pooper DawnOfRosen announced The Random Rosen Collab, however, after a few weeks his computer broke down, leaving him unable to host it. 256Pi volunteered to co-host the collab and upload the final product in his place, and it was uploaded on November 2, 2013, going on to become one of the most viewed non-birthday Rosen collabs and for a long time, the most viewed video on Pi's channel. Additionally much later in 2015, Pi took over another almost-cancelled collab from fellow pooper Psyneku, The Mark Sabine & Friends Collab, which saw a fair bit of success in its own right.

From April 2014 to its eventual completion in November 2014, 256Pi and ThePlamzJoker collaborated on 256Pi's longest poop to date, Michael Rosen Vs. The Lollipop Lady, Round III. The video is probably his most well-received to date and what he considered to be his greatest work as a YouTube Pooper (at least until Michael's Memory Lane Movie Making came along about 2 years later and well eclipsed it in almost every way). 256Pi later gained 2K subs in January 2015, 3K subs in May 2015, 5K in March 2016, about 7.5K in 2017, and hit 10,000. His video The Royal Snatch from March 2014 was his first ever solo video to break 100K views, and the above mentioned Michael's Memory Lane Movie Making became his most popular YTP, surpassing 200K, though also not including a Steamed Hams/Michael Rosen mashup he made in 2018 that broke a whopping 600K views as of October 2019 (which Pi half regrets making but it is what it is).

In July 2015 he started up a channel for his new review show The Wonky Angle, which ended up gaining quite a lot of traction over the next couple of years to the point of it eventually becoming his main focus, especially around 2017-2018 (and ironically after 256PiAlternate surpassed 10,000 subscribers). Pi's YTP uploads slowed down significantly in favor of reviews which were much faster for him to make. Though, even if the YTP upload schedule (well, "schedule") has slowed down to a video every couple of months, the channel is not completely dead and Pi makes sure to put as much effort as he can into each upload, keeping things quality over quantity.

Likes (outside of YTP) 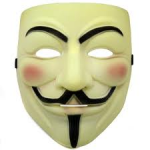 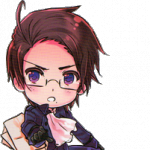 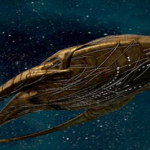